Most will know Brian Byrne as the second vocalist for Canadian hit makers I Mother Earth but what most don't know is the man has recorded and released two full length solo albums in the past and in the process of working on a third. Here is a man that lives and breathes music and showcases it with such warmth and honesty.

Green Jellÿ is an American comedy rock band formed in 1981. Originally named Green Jellö, the band changed its name due to legal pressure from Kraft Foods. Most know them for thier animated MTV hit music video 'Three Little Pigs'

Jonah Matranga is a singer, songwriter, and guitarist who has released a variety of solo material under his own name and under the name Onelinedrawing and has previously been part of the bands New End Original and Gratitude. He is mainly known for fronting the band Far and his work with the Deftones, Fort Minor, Lupe Fiasco and Thursday. He now continues to work and tour under his own name as a solo artist. You can keep in touch with Jonah at his official website at www.jonahmatranga.com

Kevin Seconds is a singer/songwriter who plays a mix of punk, folk, pop, americana, gospel and pig squeal. Most know Kevin Seconds as the frontman of hardcore punk legends 7Seconds. Stay in touch with Kevin Seconds at www.kevinseconds.com 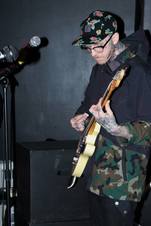 Kill Surf City's is the side project and debut release from Fort Wayne, IN's Grey Gordon. Grey started Kill Surf City with the intention to do something in the vein of The Jesus and Mary Chain, and while that’s still a huge sonic influence, he can’t stick to just one thing. ‘Ever Notice How Everything's Stupid’ is a step forward in what is intended to be a continually shifting sound drawing heavily on influences like Guided By Voices and Portastatic. Grey Gordon's Kill Surf City can never stay away from 90s college rock for too long.


Released on BLACKTOP RECORDS:  Ever Notice How Everything's Stupid (BTR058) 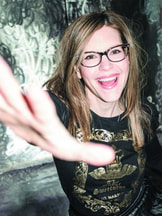 Matt Sajn is a singer songwriter from the Niagara Region. Most know Matt from fronting the band Northern Primitive but not many know that this guy can write and croon with the best of them. His songs show raw emotion and tell stories so visual that you swear you lived them.


Released on BLACKTOP RECORDS: From A Bedroom In East Anglia (BTR024)

Northern California rapper, MC Lars, is set to release his 4th full-length studio album, the Zombie Dinosaur LP, at the end of this coming summer.  He has returned home to the Bay Area after living in Los Angeles these past three years, and is self-producing his new album with help from friends in Berkeley and San Francisco. 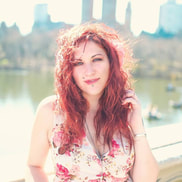 With an equal love for a wide style of genres, Meghann Wright’s songs of love, liquored memories, heartbreak, and resilience resonate with anyone listening. The Brooklyn-based Singer/Songwriter is a songstress that finds her way into all of our hearts, traveling a path paved with lost loves through a life of contrasts that can be felt and heard the moment you push play. Her new EP produced by Tim Gillies at Big Blue Meanie Studios in New Jersey comes out this November limited to 125 cassette tapes.

Open Hand is not fuckin' around. 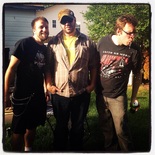 Have you ever got stoned and listened to Stairway To Heaven backwards? Have you found that shed of guilt that is tucked away deep inside? These are some of the deep and meaningful questions asked on The Smile Case’s Murder Weather. Fronted for over a decade by Ben Andress as an acoustic project this is now the second release as a full band with Shane McElhone and Jackson Cronmiller

Wheatus should be a one-hit wonder, the kind of band that kitty littered the music industry in the late 1990s and early 2000s. Their ubiquitous debut single “Teenage Dirtbag”  propelled their eponymous debut album to sell more than 3 million copies worldwide. Unlike many of their peers, Wheatus continue to regularly write, record, and tour 10 years later, 100% independent. Keep in touch with Wheatus at their official website at www.wheatus.com